Suddenly I look at the calendar and there is only ONE WEEK left before I leave for Colombia! But the truth is, travel never works exactly that way. I am of the opinion, that usually, especially when we are going on a much anticipated trip, we lift off of the ground long before the airplane does. Right now I  feel like I am in a sort of “limbo” zone between two places.

This began to feel especially true for me on Friday when I went to the bank to pick up the Colombian Pesos that I had ordered. (You know that you are going somewhere really great when the bank has to ORDER the money for you!). I exchanged 300 dollars and got 750,000 Colombian pesos in return. 750,000!  I felt giddy when the woman at the bank counted it out to me. It seemed like it took forever.  Then I had the fun of going home and examining the different bills. I have learned from experience that it is pretty important to have a secure understanding of the value and appearance of a currency that is new to you.

To help me remember which bill was which and how much it was worth, I  did some research into the different people and pictures featured on the bank notes. They have the usual cast of generals and presidents, but they also have a woman who was also a spy . One side of the  5000 note features a poet, Jose Silva  who took his own life because he had a broken heart.  (or so some people think.)  The back side of  includes one of his poems, Nocturnal. How can one not already be in love with a country that puts poetry on its money! 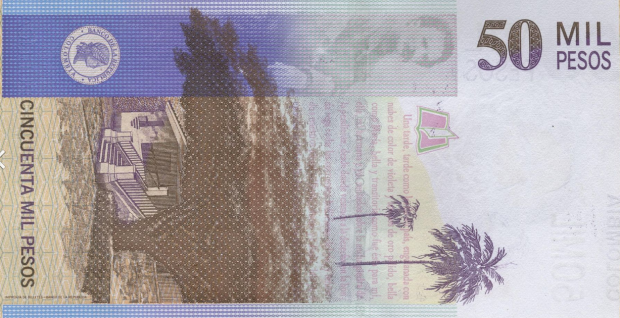 And even though it is not exactly a poem, I think that 20,000 bank note counts as a poem because it has the moon and is dedicated to the Colombian mathematician and astronomer Julio Garavito Armero, famous for his studies of celestial mechanics. (If that is not poetry, I don’t know what is!  )

Question for kids: Which is your favorite Colombian bank note? Why?

One thought on “Colorful and Cool: The Colombian Peso”

Jennifer Wilkinson teaches 2nd grade at Cumberland School, a large suburban school outside of Milwaukee, Wisconsin. She is excited to connect with other educators across the country to try to figure out how to infuse a global perspective into the elementary classroom.

I am working to "break" through the walls of my classroom and help my students to better appreciate and understand the world they live in.

Not all those who wander are lost.

I am working to "break" through the walls of my classroom and help my students to better appreciate and understand the world they live in.